The main concern of KUO is the psychological feelings in dependence relationship. Through the deformation of the human body and the elimination of the head, she intends to express the dissatisfaction of intimacy in the state of alienation. Her works during the graduate period focused on the repression and anxiety of different genders and roles in the modern society; the long neck with no head at a loss, no facial expression can be read even if the necks entangled; whether the figure was single or the two bodies attached but rejected to each other, the representation seemed to speak of contradictions, conflicts, and fragility in life. KUO brings up her observations in the painting as well as leaves a symbolic link. 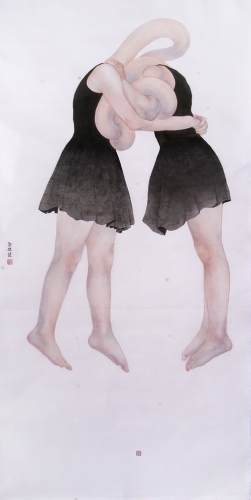 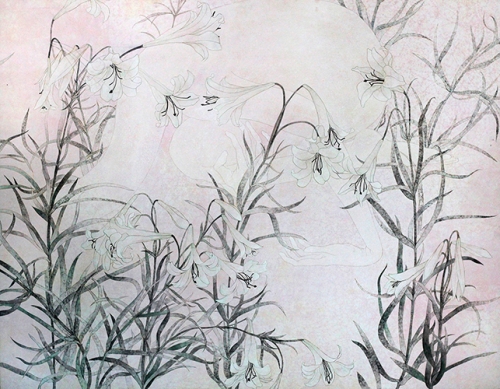