Yury Popov
Born in the village of Mys Vologda region, Russia in 1967, Popov Yury graduated from Krasnoyarsk Art College. He lived a happy childhood on the banks of the river Sukhona until his fateful trip to Krasnoyarsk at his 14, and then Popov lingered in Siberia for almost three decades. He studied in the art school but didn’t finish the Institute due to its academic teaching style. He decided to follow his own aesthetic needs and intuitions to find his own way in painting. The characters in the painting seem to be in the state of waiting, anticipation, languor as they are frozen on the canvas in silence.

Yuri Popov, as a lyrical and romantic artist, he removes all that is unnecessary and creates his own clean and tranquil world. He left the true essence of art in painting. But if you look closer and feel with heart, there is always a note of playfulness, the pulsating desire for beauty and love before eyes. 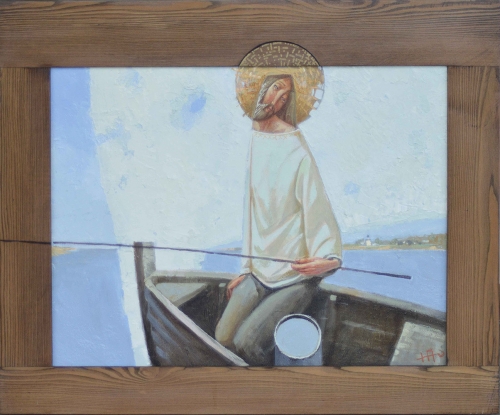