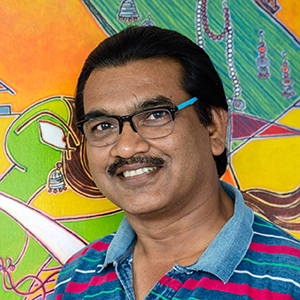 Santanu Nandan Dinda
Born in 1966 in Jamshedpur, India, Santanu Nandan Dinda graduated with a Bachelor of Science (Hons.) and passed Diploma in Fine Arts from Tagore School of Arts & Crafts in Jamshedpur. He is now a Fine Arts teacher. Santanu has been working as a contemporary artist since 1990 and his artworks are widely collected by various regions and countries. He won “ Emerging Artist Award” for the Jharkhand State in 2015, National Art Icon with the “Nari Nidhi Award” in 2017, the finalist of “International Artist Grand Prize Competition” of Art Revolution Taipei 2017, and also participated in the Art Revolution Taipei this year.
Being an Indian, Santanu loves Indian style of paintings. He makes his paintings with some Indianness. His artworks are made up of bold figures which are emphasized by a host of vibrant colors. Lines and colors are the theme in the paintings which giving the images the curious effect of being lit from within and where the viewers can see the scenes of rural India and Indian mythology. Most of Santanu’s paintings show the likes and activities of women in their daily life. The elegant body gesture, flying eyes and movements come into view cheerfully from the harmony and symmetry composition. “Art is a spontaneous and joyful celebration of life; art is an ever-changing, unpredictable journey.” Through his paintings, we seem to vision the true essence of Indian rustic life and the thought and feelings of the people who live in. 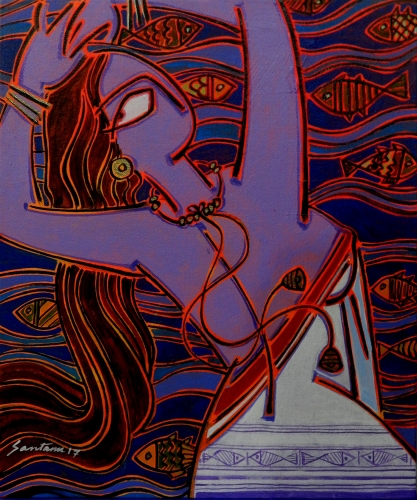 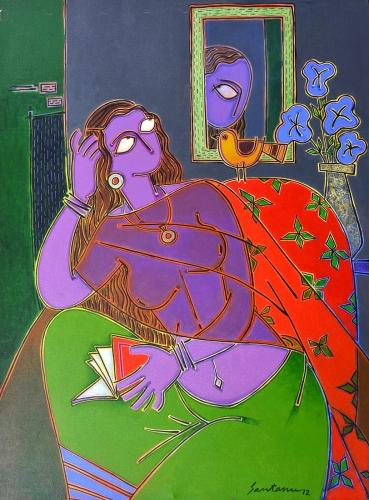 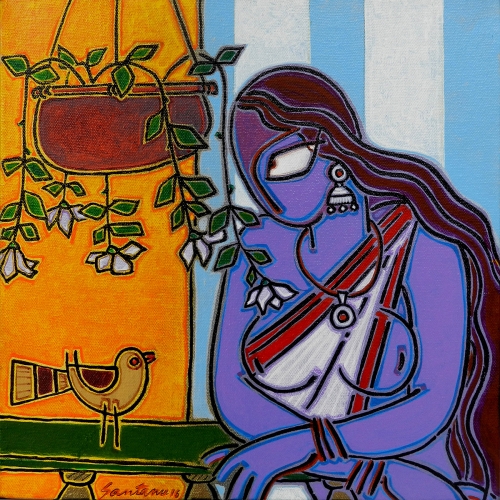 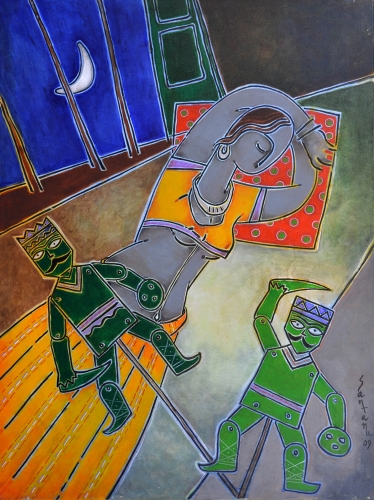 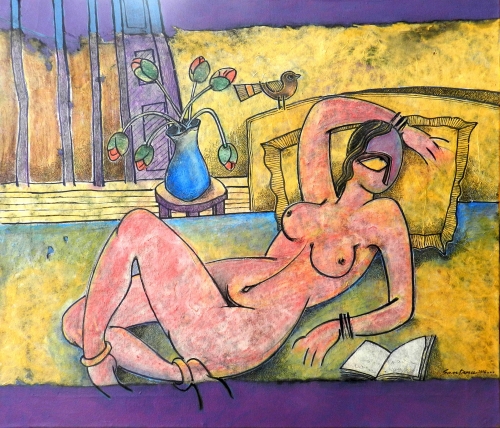 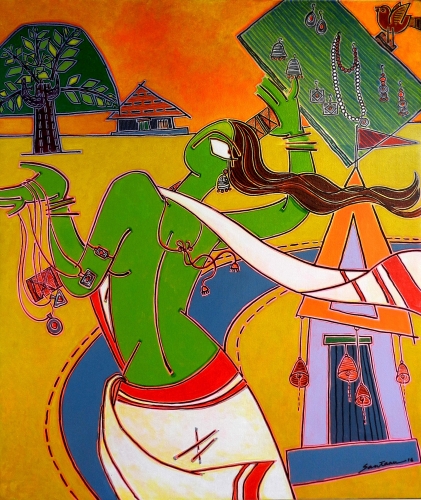 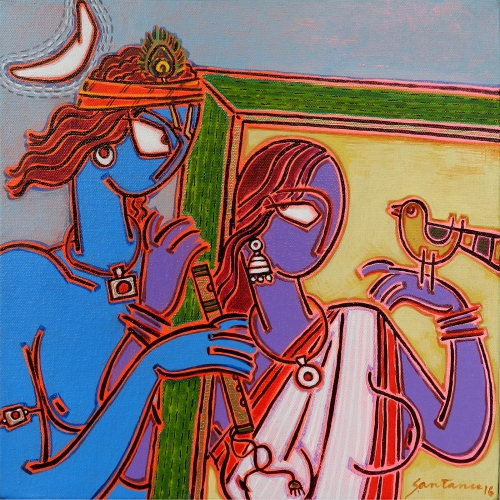