Tsai, Chen-Yu
Born in Taoyuan, Taiwan in 1989, Tsai Chen-yu graduated from the Department of Fine Arts of National Taiwan Normal University with a master degree.

The "House" series of works were created during the outbreak of many social events from 2012 to 2014. The entire city appeared to be distorted, deformed, and even broken in the turmoil. TSAI projected the urban images and inner uneasy and loss that he felt during this period of time on the real scenes and buildings in front of him.

Dense and small colored dots and twisted lines, like subtle or dramatic emotional changes from the mind. They appeared surreal, but they are in fact the most real appearance in memory. Each house had a dialogue with the environment, and it transformed with the feeling to life. Through the "House", TSAI recorded the era of instability, and gave the city a fantasy and marching poem. 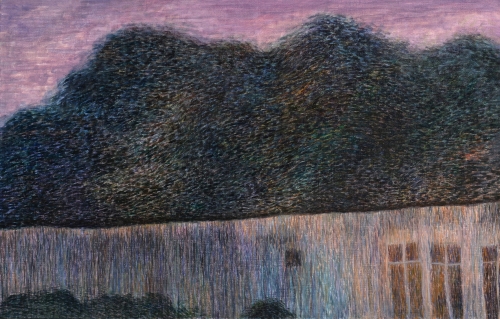 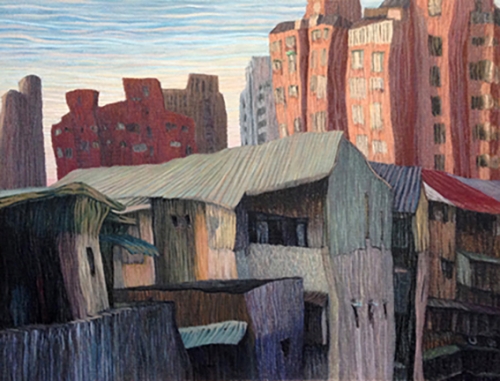 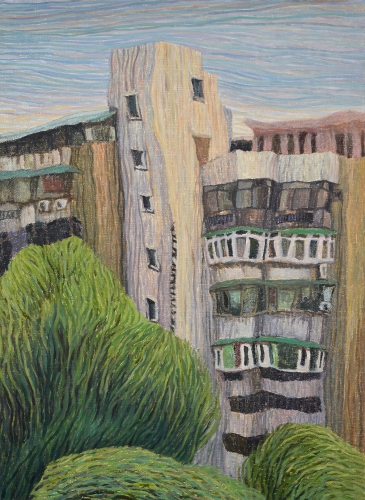