Julien Boudol
Boudol was born in 1975 in Paris and then moved to the southeast of France in the 80's. Since his teens, he was drawn to the graphic arts and decided to turn towards this direction without any formation from art schools. He was starting to make some sketches. But in 1998, he began expressing his feelings and pain on paper. He made his first works in black and white. He left the universality of basic black line to create his own "primitive" style between imagination and inspiration. His style is similar to the "tribal" arts (Maori, Maya, Indian ...). "neo primitive" he created became his own symbolism.
Then in 2009, he changed his approach to paintings on canvas with paint pens to color. A style similar to his early work is felt, but installs new dynamic forms of expression and joy. Sharing these past hours in his world, everyone can feel a part of emotional strength. Introspection, when the time is so Rare. 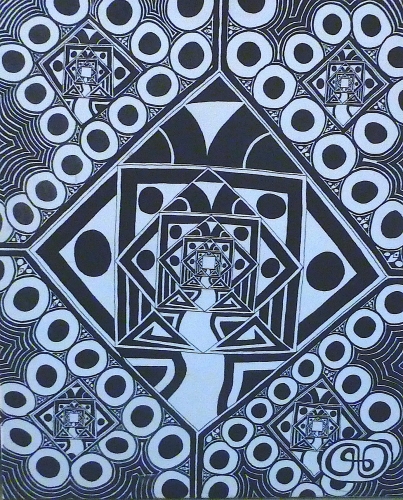 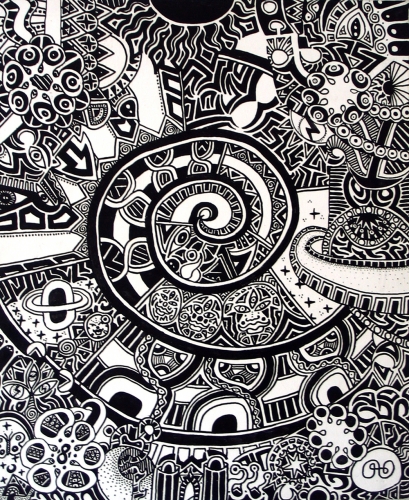 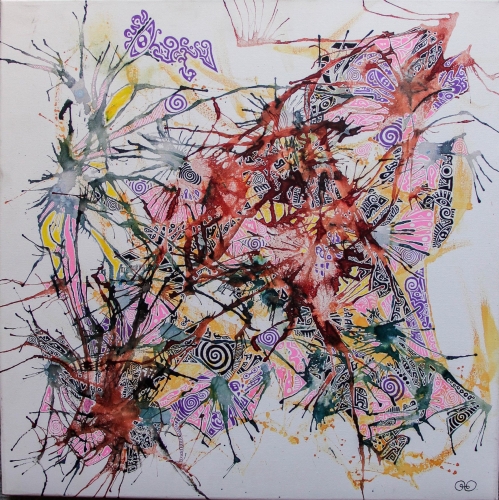 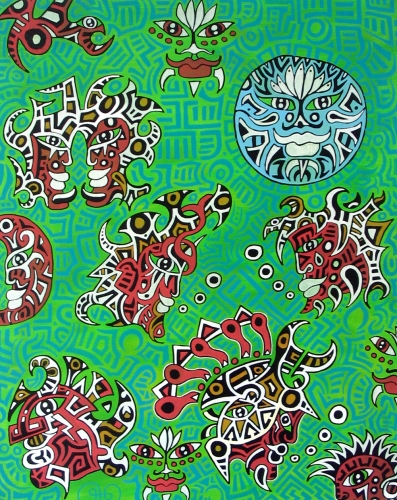 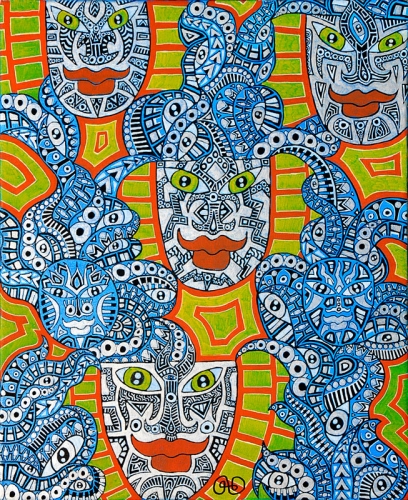 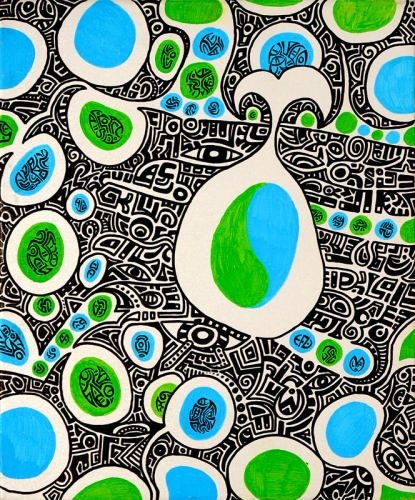 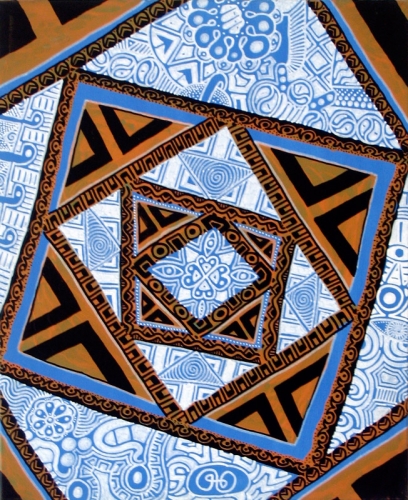